Taking global warming heat to use it.. 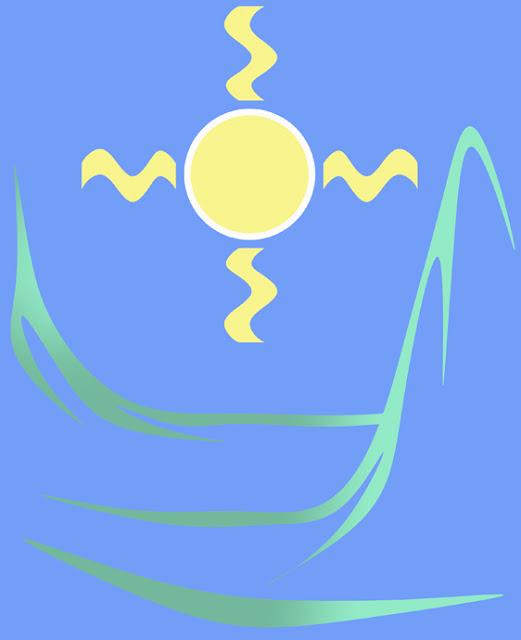 A recent article in the Times online describes the idea put forward by by Art Rosenfeld, a member of the California Energy Commission that simply painting roof and road way surfaces could reduce carbon emissions this got me to thinking of another possibility that I've entertained in the past. Instead of reflecting the light into space we could try to harness it.

Existing research on building more efficient solar cells is moving forward all over the world and if we can create significantly efficient panel designs we could succeed in solving the heat absorption problem and acquire energy (to avoid needing to burn fossil fuels) all in one solution. It is true that trapping the energy for use could definitely kill two birds with one stone but it would be orders of magnitude more expensive than just painting or coloring surfaces. The advantage would be the power generation of the panels which depending on efficiency could pay themselves off in a short time. Let us say solar cells are used to absorb the radiative energy and turn it into electricity. A first issue that must be addressed is that traditional solar cells are designed for optimal photo conducting of visible frequencies of light, much of the most damaging radiation from the sun however is in the infra red regime (A and B) ...so the formula for any created solar panels would have to be custom designed to absorb those frequencies or there will be no benefit on reducing their effects. Recent developments in nanotube fabrication can help here, by creating a complex surface of nanotubes of various lengths corresponding to the wavelengths of sun light that we want to absorb and thus allowing all the frequencies to be absorbed and converted to usable electricity.

However, even after capture the real problem is what Rachel mentioned, storage. It is something that I and many other engineers have tried to devote some mind time to and have some ideas on the drawing board but it is a very hard problem, what is needed is a very efficient way to store electricity. Large capacitors work but require massive surface area, magnets work but create powerful magnetic fields, chemical batteries , fuel cells are all horribly inefficient more research on trying to finally understand and create room temperature super conductors would solve this problem over night allowing near limitless storage of current in such materials for on demand utilization.

Other novel solutions can be employed where by we use our rapidly advancing knowledge of biotechnology to solve the problem. Recent attempts to try and break down oil using bacteria has found success, another team was able to create bacteria that does the opposite process ..create oil as a waste product(see link below), it may be possible to create a species of bacteria or fungus that converts sunlight to alcohol. So it would require mating the genes for photosynthesis with the sugar processing genes of existing fungus (yeast) allowing the yeast to convert light into alcohol. This sounds like science fiction but there are many plant / animal hybrid organisms created for scientific purposes (tracers and such or plants with animal genes) this would be a practical way of creating clean fuel (alcohol) without requiring sugar as a food source (diverting from tightened supplies of plants that produce it) and it would avoid the carbon tax of oil. It would not address the light reflection problem but could be developed in conjunction with the mentioned technologies to bridge the gap and reduce carbon emmissions significantly from current levels while extracting energy and fuel in the process. At the accelerating rate at which the Earth is warming we have short precious time to develop efficient solutions, let us hope they can be achieved before it is too late.